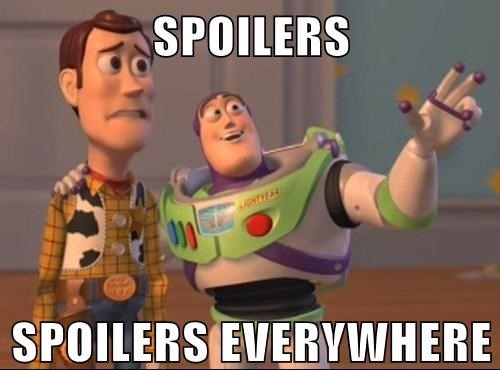 Episode 02? Well, would you look at that follow-through! We’re pretty darn proud of ourselves.

When it takes a long time to finally get around to a movie, it’s pretty tough to avoid spoilers. So for this episode we picked two movies where we had already heard the twist or ending. By chance, the movies we picked were both directed by David Fincher, so we’ve got a Double Theme episode, y’all. [Insert Jamaican Air Horn here]

First up we have Seven, a classic tale of an ol’ retiring cop/young cop stuck with a crazy ass case. At this point, everyone knows what’s in the box, but no one ever really talks about how it gets there so the spoilers weren’t too much of an issue for this one. That being said, we’re pretty sure neither of us will watch this one again. Zodiac is a better option.

Second up we have Gone Girl, the movie that garbage men use as evidence that all women in the real world are manipulative bitches. Why can’t we just enjoy a sociopath villain who uses the fact that she’s a woman to her benefit? Why can’t we have nice things?

This was an interesting one to discuss. Pay knew the twist because she had read the book, while Adri had received the spoiler second-hand, a difference which definitely affected the viewing experience. Either way, this is one where we felt knowing the end did make a difference. Also, Nick is a total dum-dum. How is he such a dummy? Just at every turn doing the dumbest shit. It’s baffling.

We also briefly discuss the pleasure of watching crafting videos, and everyone should check out Crafsman. That dude rules.